As much as we love talking about culture and working on different ways of growing it organically at FOODit, it is always good to have a bit of an external push every once in a while to gain some perspective and a breath of fresh air.

That is why when we found out that Matthew Partovi had been planning the Culturevist Conference and Hackday, we knew immediately that we wanted to participate. Having been to some other culture events organised by Matthew before, we had learned the value of talking about company culture, sharing tips and learning from the people who are doing it right.

The Conference and Hackday was an event on a much larger scale. A huge number of both established companies as well as small startups took part, making it a varied and balanced experience. The event took place at a wonderful location in Farringdon and featured illuminating talks from some fantastic speakers, such as Dame Zarine Kharas from JustGiving, Alice Breeden from Google, Emmajane Varley from HSBC and others. The talks were followed by an open mic storytelling session and, of course, the Hackathon!

As culture encompasses so many different workplace matters and aspects, the three of us split up and joined different groups of people targeting different issues around culture for maximum results. In this article we have decided to summarise the most important and useful points made at the event that inspired us to make FOODit culture even better! 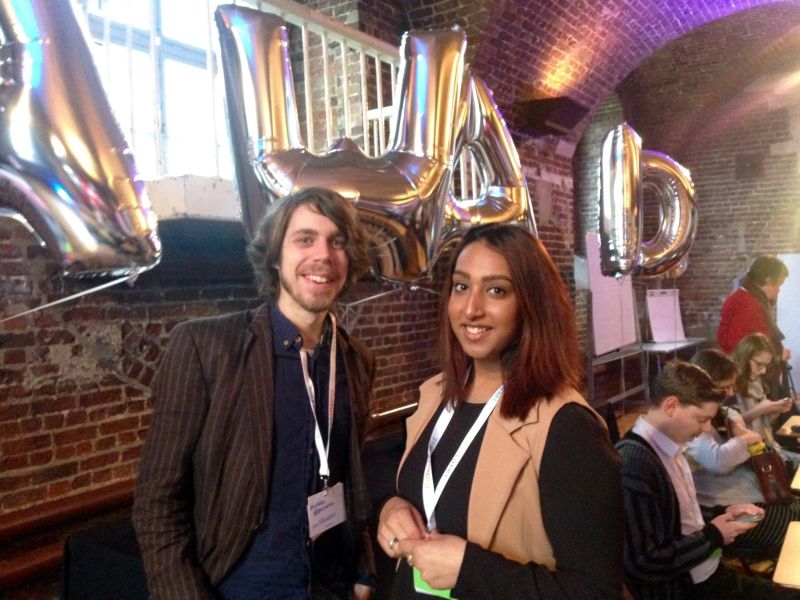 The People Operations Team of FOODit

Values and culture are a company’s most important competitive edge, however, one of the most interesting questions raised at the event was: how do we capture those values in the first place? Having them framed and hung on the office wall aside, it is tricky to find an easy way of doing this. In many cases these values are decided on and established from the top without any input from the employees themselves which makes the culture unnatural and stale.

As it turned out, it was an issue many companies at the event were facing. The main suggested solution to this was allowing and encouraging for the values to evolve naturally in the team. How do you kick-start that process? Dame Zarine Kharas from JustGiving recommends to constantly ask employees questions and encourage them to do the same, rather than giving them directions. That way, the values will emerge in a more organic way, coming from a genuine place and focusing on real issues that the employees care about. The biggest mistake you can make is make assumptions. Instead, always ask people what they truly think of their culture.

Emmajane Varley from HSBC made an interesting point about delegating the decision making and defining values to the people in the team who are natural “influencers”. Surprisingly, these people usually occupy more junior, rather than senior positions. What Varley suggests to do is ask people to name the person in the team they would be most likely to go to for advice, when they’re having a bad day; or simply the person they trust most. This way you can map out the real influencers in the company and use them throughout the whole hierarchy. When the people who are trusted most get involved with the decision making and defining the company culture, there’s a good chance they will understand it like nobody else does thanks to empathy for their colleagues and a deep, human understanding of their needs, requirements and happiness factors.

The Hackathon session that followed after allowed us to get creative and think outside the box about other possible solutions for developing more natural, organic values within a company. The group focusing on culture developed a plan for a “culture app” to use internally within companies. The application would allow you to nominate culture “ambassadors” to promote and encourage colleagues to do good acts, participate in group activities and ask questions which would strengthen the bonds within the team. The app would follow a social media- like pattern, allowing your colleagues to like and comment on your activity, post pictures, start competitions and get engaged in many similar, interactive ways that would facilitate culture growth in a natural, fun and genuine fashion. 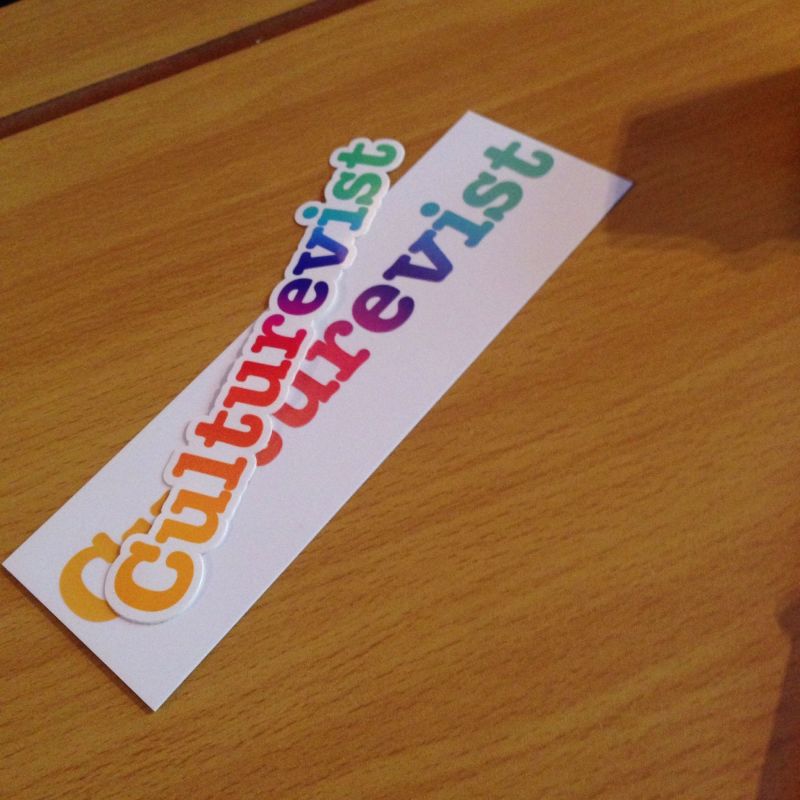 With a growing startup like FOODit it is important to keep transparency within the company alive! Very much like Google, as Alice Breeden confirmed, we hold All Hands meetings on a monthly basis for everyone within the company to get an insight on how the product is growing and changing. It is extremely helpful that not only does the CEO lead these meetings, but also that every department gets involved. It helps to keep everyone informed about what’s going on in the company and to keep an open dialogue about these matters.

Another important aspect of maintaining transparency is having it present from the very beginning. This is why when we prepare our team members for candidate interviews, our number one priority is to always be honest with the candidate. Zarine Kharas discussed how JustGiving recruit for culture and how they are honest throughout the entire interview process which is the very same concept we value so much at FOODit. It is crucial to give the candidate a thorough understanding of what it is like to work for the company on a day to day basis, so that they wouldn’t stumble upon any unpleasant surprises further down the line.

At FOODit we tend to give everyone ownership of their work and tasks. Naturally, we do have management and supervisors in place but only for the purposes of project direction and the overall company vision. Zarine Kharas mentioned how JustGiving trust their employees and teams to drive projects. Ownership in different departments works very differently here at FOODit. For example, there is the development team where everyone has ownership of their own small projects. The Customer Success Team are split into two divisions with one having ownership of coordinating customer issues, and the other - managing the onboarding process of our new customers. Finally, there is the People Operations team in which each of us has ownership of what we do but we also all work together as a team, helping each other with relevant projects and tasks. 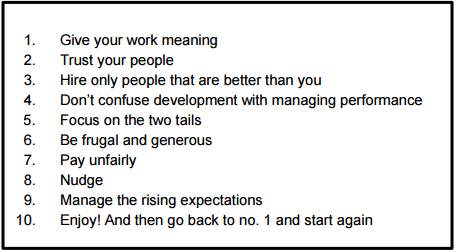 Google's 10 steps to transform a workplace

Motivation is another concept that we see as paramount to uphold. Two facts of business life are that a) team building is needed in one form or another and b) it can easily go wrong.

Emmajane Varley of HSBC, the third speaker of the day, believed that a lack of trust ‘had a destructive ripple across the company’, spending the best part of a year researching how to fix trust between colleagues; and discovered the benefits of gratitude through motivating fellow employees. She built a tool for employees to share praise on a public intranet for kind actions or achievements around the workplace. This got us thinking about how motivation works best as on-going activity.

Emmajane’s talk reiterated the concept of making motivation a ‘self-service’. The autonomy of the system she created made some employees hesitant in its early adoption, but once it was going, it was a huge success. How could we do this at FOODit? Are we already doing it?

Sure, we do the annual Summer BBQs, Christmas Parties and monthly All-Hands. And, perhaps, more time than should be humanly acceptable is spent making a decision around ordering food. But this is where a lot of our motivation comes from. The daily laughter amidst work is the true motivator, where the people we work with become more than just colleagues. After bonding away from the desk, we are far better at understanding each other when it’s back to work.

Over the years of growing FOODit, making sense of a situation often runs in tandem with rolling hindsight; “of course we should have done this back then!” or “Of course that was going to break!” have been said often. Occasionally we will get time to sit back and work on the business from a more impartial angle, rather than in the thick of it. This is something important to make time to do, every now and then, such as a day out to an event like this.

Redefining Human Resources to help grow a company is a maze of obstacles, checklists and milestones. You can take a hundred different routes and achieve a hundred things in a different order, but you’ll reach the top eventually. 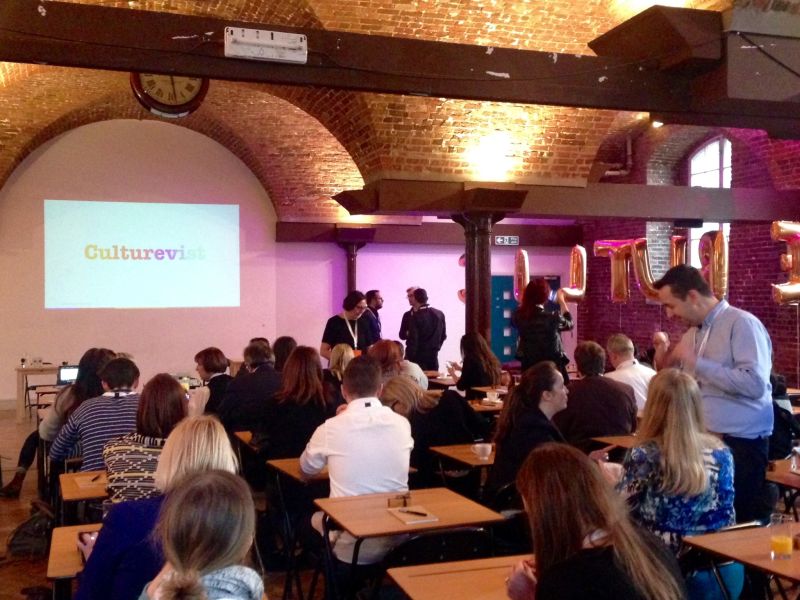 The Culturevist event has been an invaluable experience to us. It was a rare opportunity to have an up close look at other companies’ culture and the struggles they are facing; and compare it to our own situation, drawing some interesting conclusions and building short- and long-term plans.

It was also a chance to have an objective look at our company and get some advice and insights from real experts with long running experience and high-level of expertise on the topics. It was an aspect that certainly broadened our understanding of what culture really means for a company and its employees.